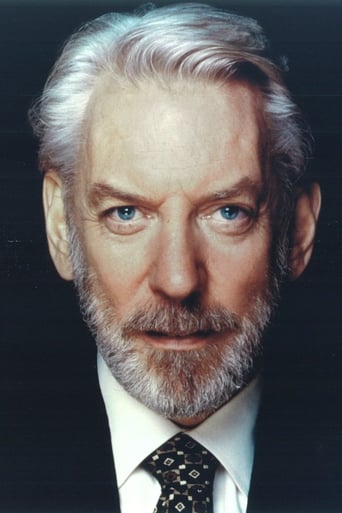 A Canadian character actor with a film career spanning nearly 50 years. Some of Sutherland's more notable movie roles included offbeat warriors in such war movies as "The Dirty Dozen" in 1967, and "MASH" and "Kelly's Heroes" in 1970, as well as in such popular films as "Klute", "Invasion of the Body Snatchers", and "Ordinary People".  His more recent credits include "Reign Over Me" with Don Cheadle and Adam Sandler; "Ask the Dust," written and directed by Robert Towne; "Land of the Blind," with Ralph Fiennes; "An American Haunting," opposite Sissy Spacek; "American Gun," with Marcia Gay Harden and Forest Whitaker; and "Fierce People," directed by Griffin Dunne. He is the father of actor Kiefer Sutherland.